Safi Faye, born in Senegal (1943), is one the few independent women filmmakers in Africa. Also the first African woman to complete a feature length film. She specializes in ethnographic films and learned a great deal of her craft from French ethnologist, (also a filmmaker) Jean Rouch. 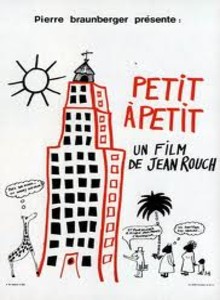 She acted in his film, Petit a Petit ou Les Lettres Persanes (1970) and continued learn his style of cinema-verité. This was made up of candid acting and unobtrusive camerawork that Faye adopted when she began her own works.