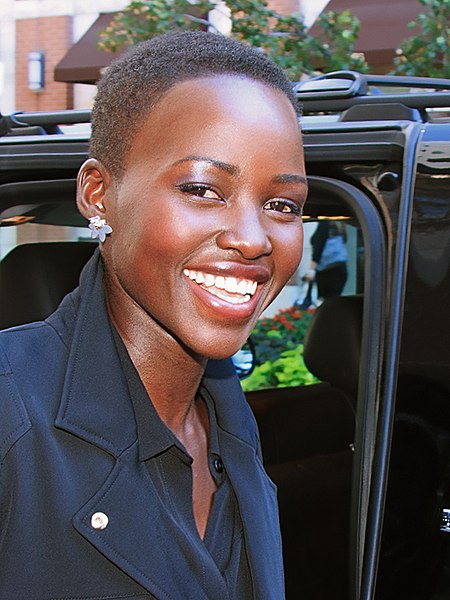 Get to know Lupita Nyong’o a little bit more!

MUSEUMS I love the programming at the Brooklyn Museum, especially their First Saturdays. There’s live music, and you see the whole community out.

TRAVEL A friend of mine recently stayed at the Amanpuri resort in Thailand and was raving that it was the best hotel he’d ever been to. I also want to try the Miraval Spa in Tucson. I’m a big fan of deep-tissue massages; I get them whenever I can.

FOOD I really like Takashi, a Japanese restaurant in the West Village that specializes in raw beef. I’m also a big fan of Mexican food, but I don’t have any favorite Mexican restaurants outside of going to Mexico itself!

BOOKS I’m currently reading The History of Love, by Nicole Krauss, and my book club just finished reading I Am Not Sidney Poitier, by Percival Everett. It was crazy because after I read it I got to meet Sidney Poitier, in the flesh! And I’m also rereading Americanah, by Chimamanda Ngozi Adichie.


TV I don’t own a TV—I never have. But I watch Orange Is the New Black on my computer, and I’m excited to catch up on Scandal. I don’t really have the patience to binge-watch anything, except for Game of Thrones, which I actually forced myself to take a break from so that I wouldn’t run out of episodes. I’ve also heard great things about Orphan Black, so I’ll check that out.