Zézé Gamboa is a director, writer, cinematographer and producer from Luanda, Angola. He received his degree in sound engineering in Paris and began directing films. He also served as jurist to quite a few international film festivals. His documentary, Mopiopio, Sopro de Angola (Mopiopio, Breath of Angola) (1991), was honored with awards at Milan African Film Festivals and FESPACO(Pan-African film and television festival). Dissidence (1998), his  documentary presents a modern history of Angola through a look at dissidents from two belligerent parties.  Zézé Gamboa is among African filmmakers who contribute directly to their countries’ cultural growth.

Mopiopio (Documentary) (1991) beautifully presents Brazilian music for the worldwide phenomenon it has become and explores Angolan culture’s place in it. This documentary explores the vibrant nature of  Angolan music. TMopiopio is Zézé Gamboa’s first full length feature which parallels the daily life in Angola with the liveliness of its music. From the most traditional forms to the latest exponents of afro-jazz, Mopiopio explores the place of musical culture in Angolan life as well as its role in the ongoing political struggles.The film is a musical journey through Angola at war. “Mopiopio” shows the toughness of everyday life, and how, despite war, life goes on. In the streets, in dance halls, or in clubs, we get to meet Angolese musicians that tell us about their inspiration and their pride in their music, from samba to kiduro and kizomba.

The Hero (2004) pushes the illusions of international solidarity ochestrated by governments furthering the dispensation of Portugese colonialism. 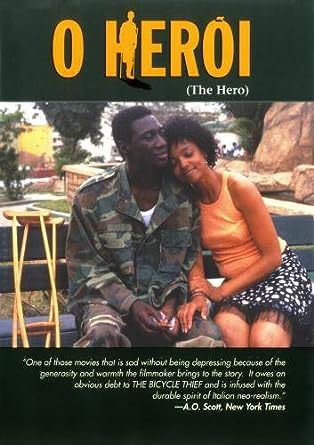 The Hero (O Herói) tells the history Angola ravaged by decades of war struggling to mend and reunite into a whole nation once again. Zézé Gamboa delves deep into the humanity and frustrations of the Angolan people dealing with economic civil challenges.

The main character Vitório is introduced at a hospital forever waiting upon a prosthetic leg caused by treading upon a landmine. He was a young teenager when he first joined the war and fatigued by the war hopes to begin life anew, in peace. This determination for a better life opens up provocations that he must face to make it a constant reality.

Zézé Gamboa tackles the conclusion of the Portugese colonizationin Luanda in which the central character a swindler “kilapy” whose main focus is money and white women. The film shows that the character was based on real life con man who manager to move free in a predominantly white Angolan society. This young man is senior executive at a bank and uses bank money to fund his lifestyle which puts him ultimately in dire straits. 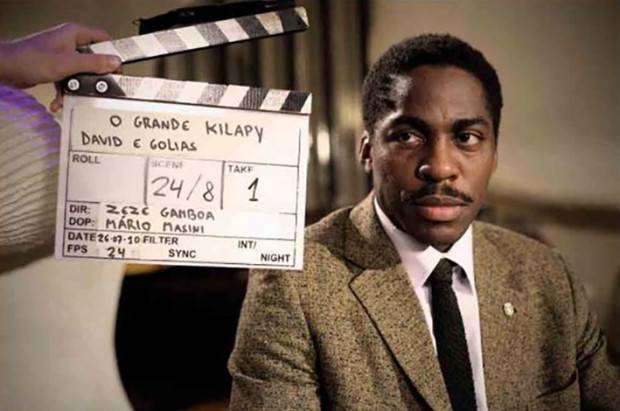